The matings with Mario in Spring gave us result some weeks ago.
And we love every single one of them .
We mated Stella and Pepsi , and Ziva.  The only mating we heard from upstairs was from the oriental girls. We were so unsure about Ziva for sevreal of weeks. But it turned out she probably hadn't matet at all.
We heard roomers after, that relatives of the boy doesn't like siamese girls :D
Anyway, that doesn't matter . We have lot's of other plans for Ziva later. At the moment, she has not time for any boyfriend, because she is working .....

While we were waiting for Stellas babies , the week before was extremly long.
Because Stella was huge as a house and heavy.  She is herself from a big litter, so I was so sure she had 6 or more in her belly. Therfor of course I asumed the birth wanted to start early.
But no ! Day 68!
Carolynn was with her, while I had my last working day before I had 2 w with holiday from work.
2 beautiful babies were born when I came home.
It was a very difficult birth. The girl came with her back first, so Carolynn manage to get the baby in the right birth position , but it was very painful for Stella.
Then the boy got his head stuck and Carolynn had to screw him gently out.
Both kittens came out alive with no damages , and we avoidet C-section.

I came home from my work that Friday, shortly after both were born.
Stella with Ziva by her side - Ziva was taking care of the kittens - licked them dry. 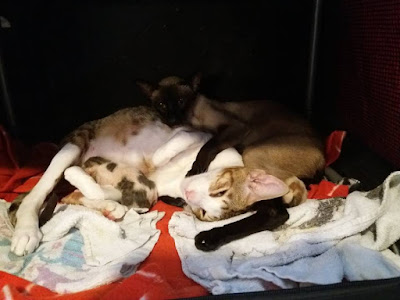 I sat there waiting for more kittens to come for many hours that evening.
But then I understood the rest of her huge sized belly was food - alot of food.
The babies were hungry, but Stella was not interested - she was confused and in pain.

So it was nothing else to do, than bottlefeed the babies, and hope Stella came in better toughts.
Stella didn't, insted she tried to adopt Fantasy,Mocha ,Cookie and Jesse.

The days went by, and we were waiting for Pepsi to give birth to her babies as well.
Both Pepsi and Ziva took so good care of Stellas twins. 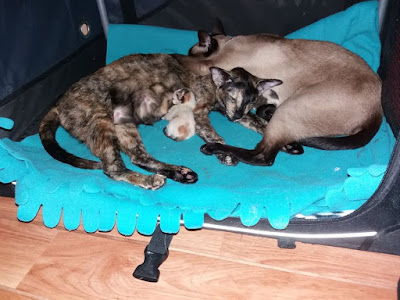 Around 5 days after the birth, i noticed the babies did not want to have goat milk. Hmmm ! They didn't seem sick in any way.
Guess, what? Ziva had started to produce milk. My heart just smeltet. Ziva is  such a sweet and loving cat , has always taken care of all babies since she moved in here, but never produced milk before.

The day after  , Pepsi started with her contractions, and who wanted to help her  as well ? 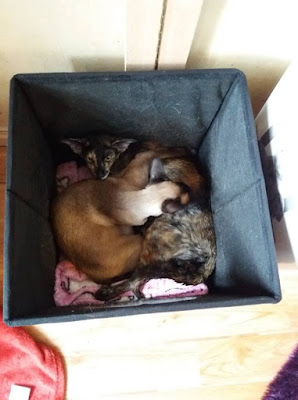 After the birth was over - I had two very happy and proud mommies in the kitchen. One gave birth, the other adopted. Nature is full of love and surprises. 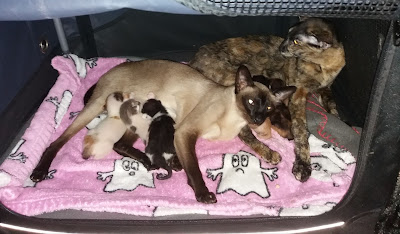 Ziva and Pepsi are taking so good care of all the babies together.


The babies are now 3 and 4 weeks old , and it is about time to update my blog.

We have 2 girls and 3 boys in the litters. 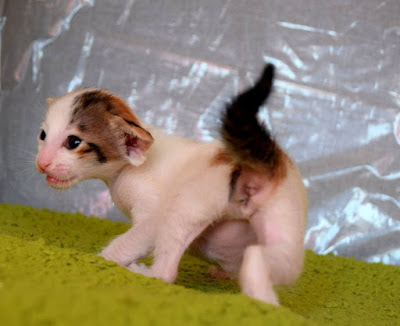 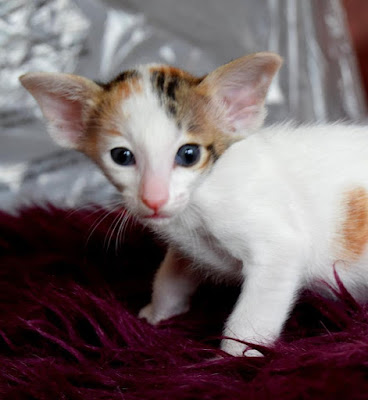 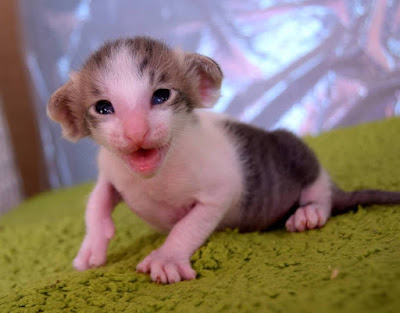 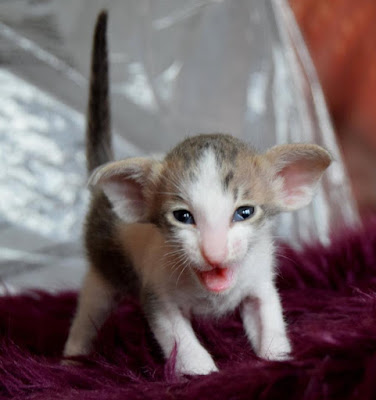 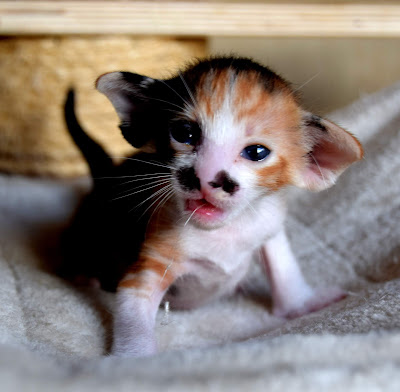 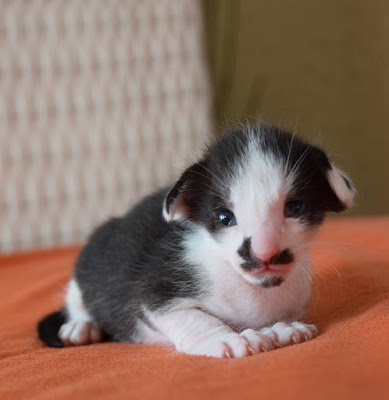 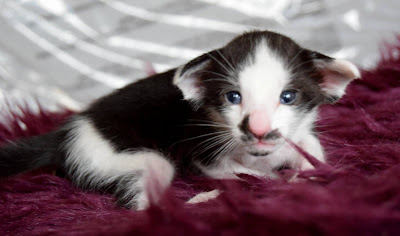 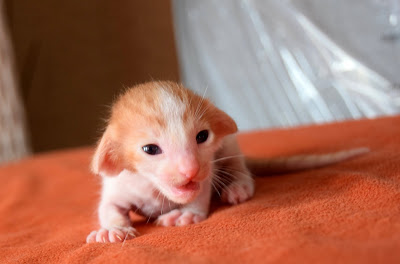 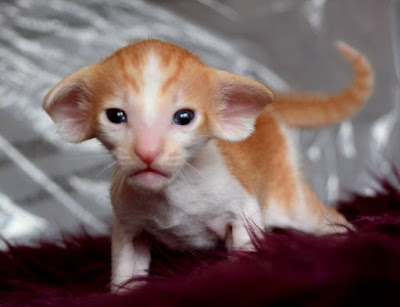 2 boys will be availible from the litters later.
One for breeding / or pet and the other as  as show neuter / or pet .
We make reservations of the babies when they are 6-8 w old. 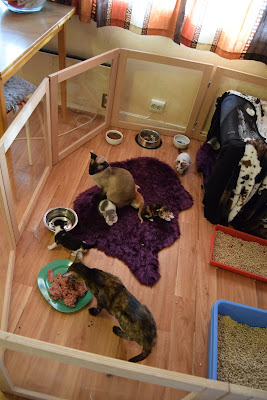