It has been a while since the last update - but really nothing special has happened, that is related to the cattery beside our plans, waiting and longing for new familymembers.


3 weeks ago Ziva and Charlie became proud parents again for some beautiful babies.
She was bigger than last time, so I was so sure they wanted to see the daylight a bit earlier than last time. 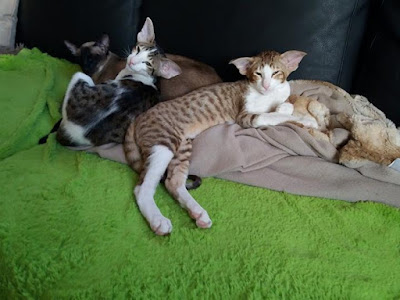 But no kittens came , not until between day 68/69 again.
Both Daisy and Stella was good suporters until she was ready. 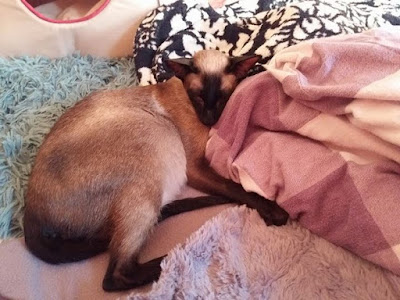 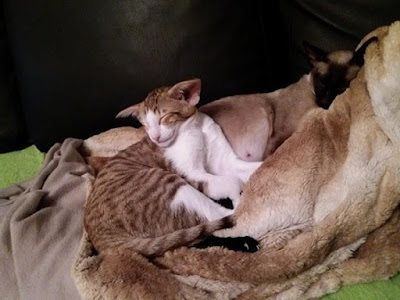 1 boy and 1 girl came, and then Ziva had a longer break, but not as long as last time.
When the birth started again, a big girl was stillborn, and right after a tiny little boy.
Very sad about the dead girl, but we are always greatful when we can avoid C-section. ( I have only had 2 in in total since 2003)

The birth was over, and Ziva was so proud of her new little family. 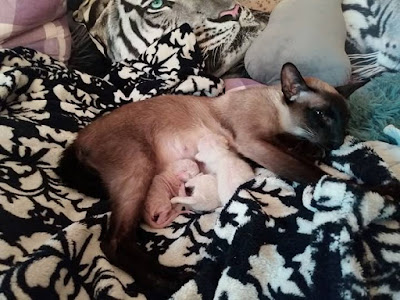 The first week went by, they were still 3 babies, but the last born tiny boy did not want to gain any weight at all, it had been still since he was born, even both me and Ziva helped him.
So after this week we decidet to put him to sleep. It was not an easy dessision, because he was so full of life.

So therfor there is just 2 babies - the two firstborn - strong and happy.

They lived their first week on the floor, in my bedroom. Week 2, Ziva decidet again my bed was the puuuuurrrrrfect place to stay.
I had no other choice then to move the birth cage - a catmothers rule is the only rule... :D

Today they moved down to the kitchen  - and I found out it was time to make a presentation of the beautiful babies.
This time we have 2 bluepointed babies. They have the same charm as their bigger brothers  - "Saturday and Sunday"  - so I know they will be just pure joy..... and a handful.


The girl - very bossy and talkactive, but so sweet at the same time : 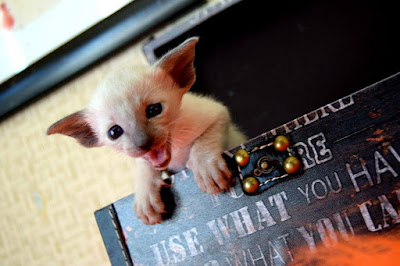 The boy - the softy of those two, at least now. With such a bossy sister he might have no other choice :D 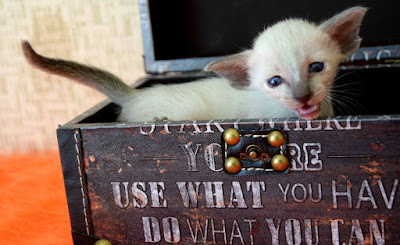 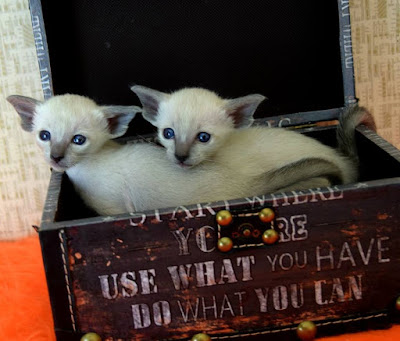 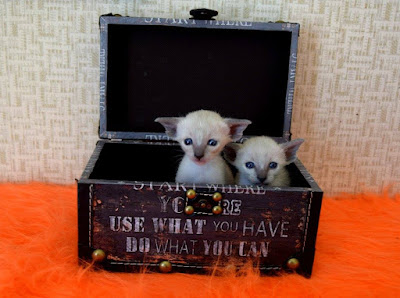 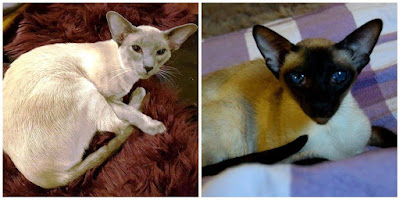 
Daisy has moved to Finland   - and Georgia to USA.
I will miss them dearly - but both got wonderful new homes. Good luck ladies! 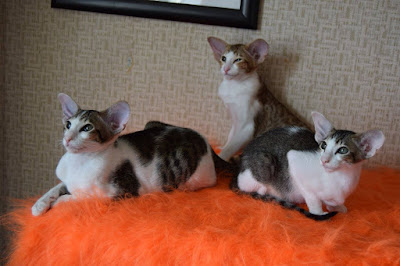 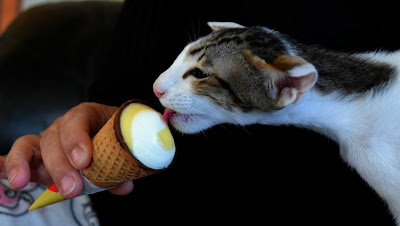 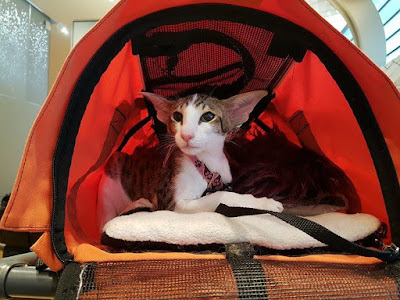 
This was all for now,
It has been some very hot Summer days here in South Norway - so beside working , we are chilling the best we can. 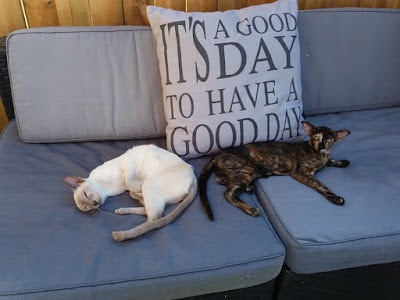 The dogs arranged a Beach Party together with their neighbour dog. With almost 30 degrees it was a good idea! 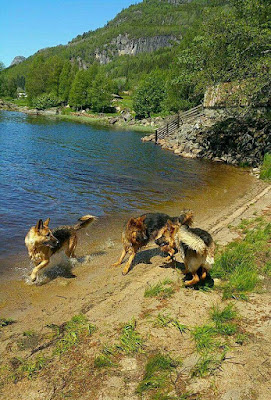