In the mid-December 2019 Water Lily and her halfsister Kensi, came home again to  Eiken.

Lily had not forget her big gentle doggy-friends and was so happy to see them again.

Kensi was really not convinced. She is such a "city girl". She reminds me of a stylish lady with her new high healed shoes and pink nail polish who is very very afraid of dirt. ( If you have seen the episode in Sex and the City  - when Carrie was together with Aiden away from NY - stuck in Aidens Country house *LOL* )
But now she understand they have to live under the same roof . And the kitchen serves good food, so it's OK to share a home with those 2 dogs after all.
Beside her stylish behaviour, Kensi is a very sweet girl.

Kensi has also grown alot since she came. In the first I tought she would be a petite siamese like her grandmother Ziva, but right now it seems like she will be much bigger, a girly verison of her father Carlin.
She is very elegant, with a neverending body, a long tail. Beautiful profile and dark blue eyes.

Not any nice picture of her yet, but she is always close to any human food.

Lily as we will call her here in our home has such an amazing personality.
She is 100% herself, but she has the same gentle and caring gene as Milla had.
I did not notice it before she came back home again.
That makes me very happy, because those personalities are very needet in a cattery for the thrive of everyone.
Even Lily is the youngest, she has always time to care for everyone , people,dogs or cats.
So she is a great sister and roll model for Kensi and everyone else that will move in to us in the future,
Lily will probably be a pony sized oriental when she is a grown up girl , just like her mother. That slim elegance that often comes mixing the pure CFA siamese gene in to the breeding programme is well hidden in her :D 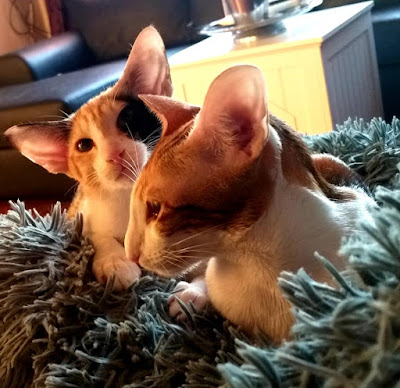 And now to some sad news  if you see it trough a breeders eyes : 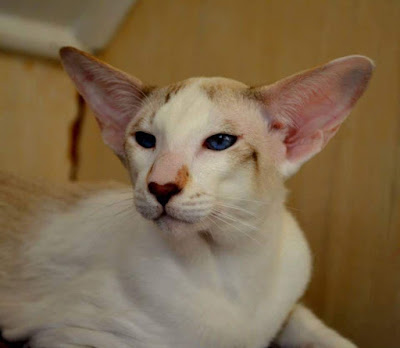 Our dear Ainur was neutered before Christmas.
He had just mated Geisha.
His suprelorin chip had lasted very long, but now he had started to spray again, and that typical smell of a fertile male.
During the neutrering the Vet discovered his string was very tick. If Ainur would ever make any kittens again it would be a miracle.
We have never heard about this before, since he has been used in breeding in the past with kittens after him.

Ainur have a new forever-home waiting for him very soon, and he will live with his bestie Miracle who already is in the same home beeing pampered from nose tip to tail tip.

I still want a SYS in our breeding programme, and since the dream of a little Ainur Junior now is not possible, we have to make other plans. I have not given up my dream :-)

We have some exiting news as well.

This handsome boy will be part of our Spring/Summer plans this year, thanks to our best CO friends. 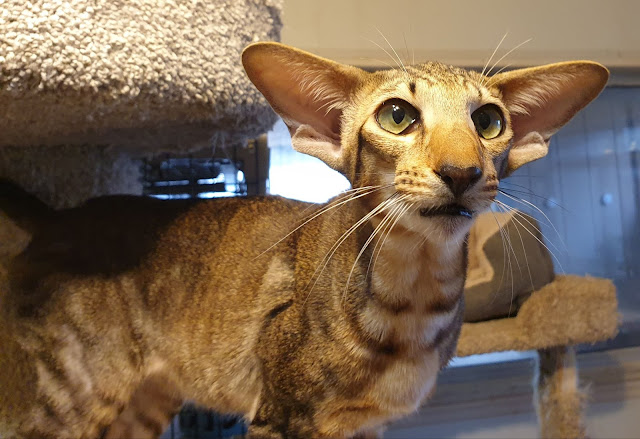 More info and pictures will come later of everyone.
It is a crappy time of the year when it comes to making nice picture of the cats living here.
Lagt inn av (N)Attacks Cattery kl. 10:06:00 AM