The first kittens are leaving soon, and a new big cat in the family.

Tomorrow our 2 redheads will get neutred.  Jamaican Me Crazy and Cherrie Garcia will leave to Bergen in their forever home in the start of June.
Those two boys are the first kitties to leave us, among the 10 Spring kittens.
I know they will have the best home, and we wish them all the best. 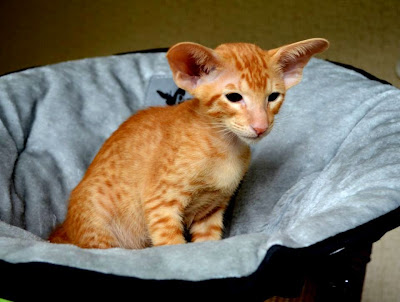 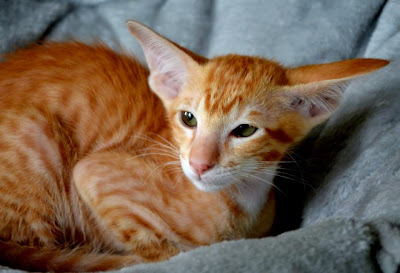 Another "hot news" is our new big wannabe-cat :D
About 3 weeks ago I did something about a dream I have had for many many years.
I have been seaching along time for the right one. And I wanted an adult.
A big sweetheart has moved it to us. A 2 year old German Shepherd boy.
He was not used to cats, but after 3 days it was like he has always lived here.
We have decidet to call him "King".

Everyone who knows our neuter-girl Milla in real, knows she is a very special cat. She is not a normal oriental  - infact King and Milla is very similar. So I am now the proud owner of both the best cat in the world and the best dog in the world.

And after these 3 weeks I have noticed how much alike GSD's and the Oriental cats really are.
I am used to that the cats follow me around, and are like stamps in the kitchen when we make food.
King is doing just the same. 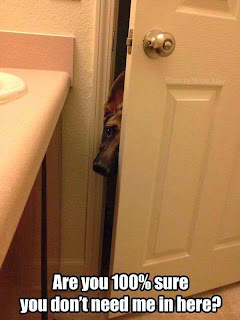 So you will from time til time read a little bit more about King.

Here is our newest familymember, and the 3 first pics are from the first days in his new home. 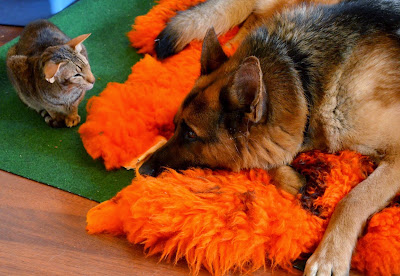 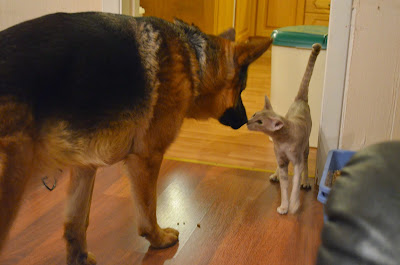 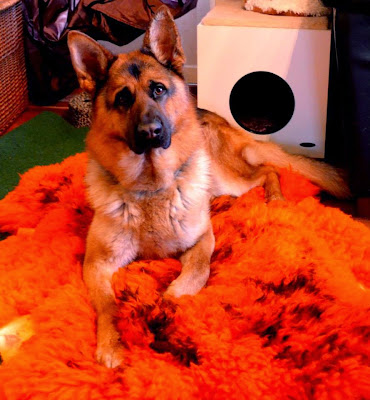 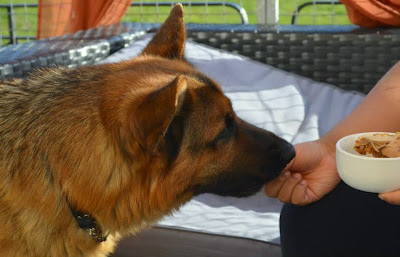 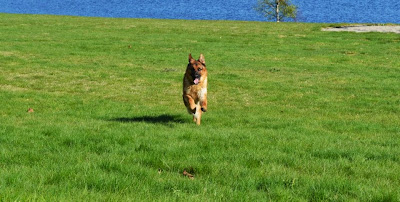 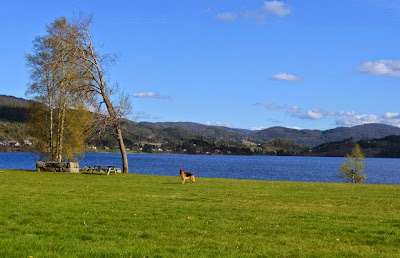 This was just a little update.
Next one will probably come in middle of June.
Lagt inn av (N)Attacks Cattery kl. 12:47:00 PM

CFA , a big star and a beautiful new girl !

I have been ready to do someting new for a long time. Actually a couple of years.
Last year we choose to registrate our Cattery in CFA some day. I love the standard of the oriental cats in the organization.
The Cattery in CFA is registrated on both me and Carolynn and our dream came true in April -15.
We will have a test period for 5 years to see if this is the right thing for us, and if it will be , we will registrated our Cattery in CFA for a lifetime.
We are so exited about it and very courius. Looking very much forward for it.
My Fife`cattery will never be deleted, but we will at least have a break from it from 2016. So time will tell :-)
Our two frist litters this year are registreated with a Fife`pedigree.
We will continue to breed in what we love and belive in. We want to put in a better profile, lots of elegance and better eye colour in our breeding programme.
So in future you will see some Attack's cats with Fife`type and some with CFA. I love them both!

The CFA cattery is registrated on both me and my CO , Carolynn Knott.
Many says co-breeding like we are doing,  is hard, but me and  Carolynn has a friendship like Ying and Yang - she is one of my best friends and like a big sister to me.

In April -14 a tiny little girl was born. She was not much over 60 gram at birth, and looked like a little tiny bird. She was a dream in colours, but I was so sure she would not make it.
She did not want to be bottlefeed either - a little Diva.
She proved for us that size doesn't matter. She was stuck in mommy's milkbar from day 1. She grew slowly, but was gaining weight normal week for week.

We named her (N) Attack's Cupid's Coctail - because she was filled with love and beautiful colours.
Coctail was suppose to stay, even we had alot of people that wanted her. It is never a good thing do make a dessision in a hurry, when you are not sure - so I kept her in my home.
Later that fall Coctail's half sister moved to sunny California and the owner was so in love with Coctail and her sister. Was any of them up for sale?
Suddenly I could not say either yes or no and needet to think.
I did alot of thinking and it endet up with selling both the colourful sister. Coctail moved to California and her sister to Sweden few month later. The choice was made of not keeping to many cats at home, and there will always be a chance to get  back that line in the future. And both the sister got wonderful homes both of them.

Coctails new mommy is Cherylee  Deyoung and her cattery name is Derry Downs.
She loves to go to CFA shows and decidet Coctail should enter. Oh dear! But she don't has the right type..... my words.
But I was so totally wrong. Coctail had really the right type for CFA shows ( not to Fife`shows).
So she charmed the jugdes who really loved her one show after another. They went also for a show in Germany. Many breeders work so hard to get a nice type of the breeding standard, and jugdes could'nt belive this colourbomb was from Norway.
I was sitting back home and could'nt belive that Coctail had such a nice type. I have alot to learn in a new cat fancy.
CFA has show seasons, so Coctail had her shows from November-14 til April -15.
In that period she did very well!! Actually she did it extremly well.
CFA is still very new for me, but guess where she endet after this season?
(N) Attack's Cupid's Coctail is nr 2 in CFA shows  - against all the show cats in the world!!
My little girl is a star, a kitten who I would kept home as breeding and pet cat if she was not sold to our very good Cali friend.

So HUGE congratulation to (N) Attack's Cupid's Coctail and your new mommy Cherylee  Deyoung for this amazing !!! months.
I wish you all the best for the future, either it will be more shows or maybe future kittens :-) And thank you for giving her such a wonderful good home together with her halfsister. 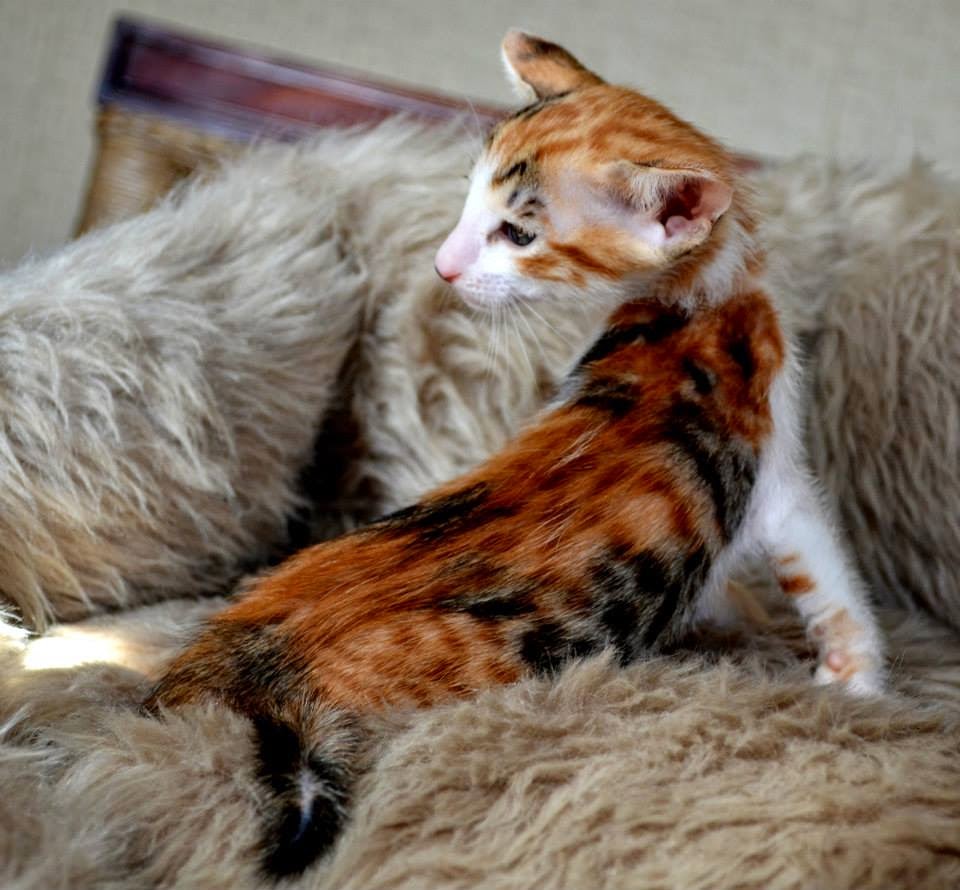 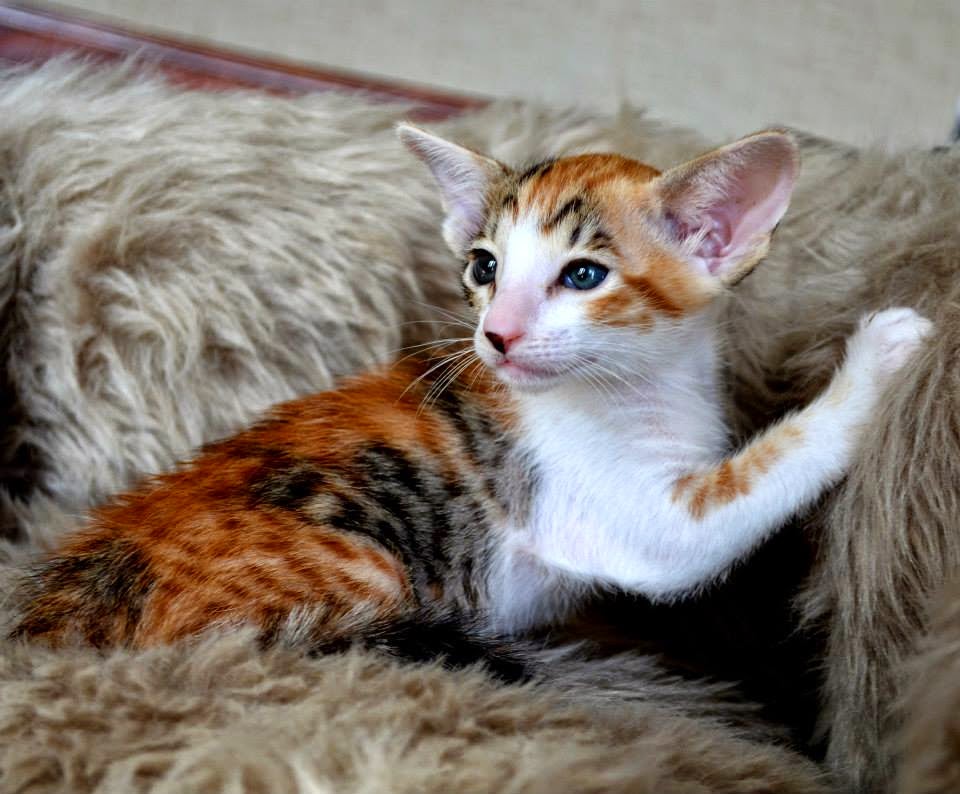 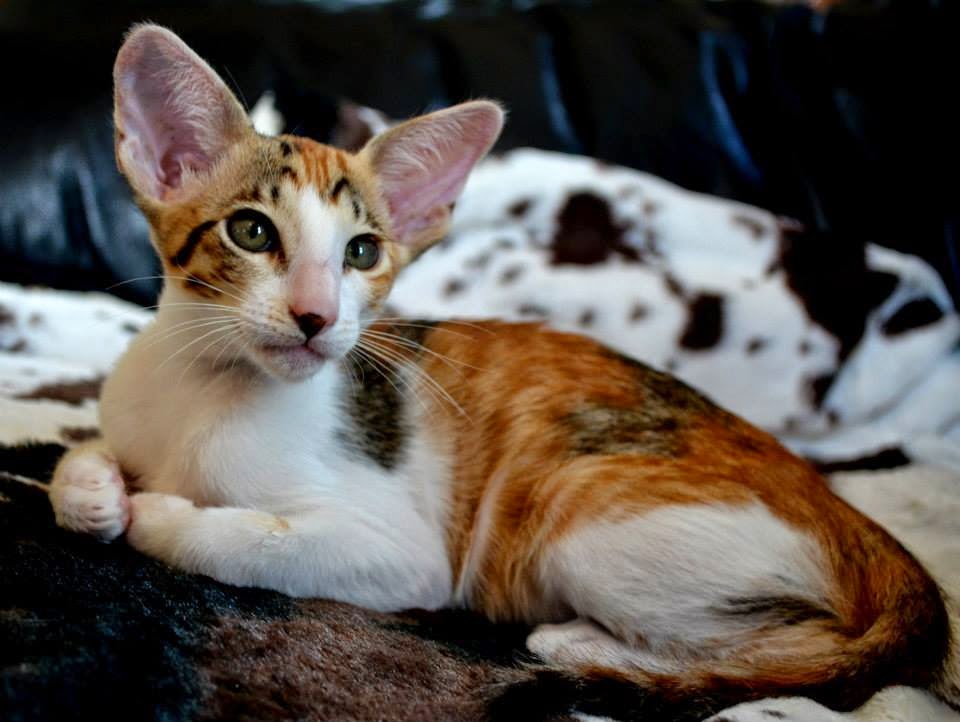 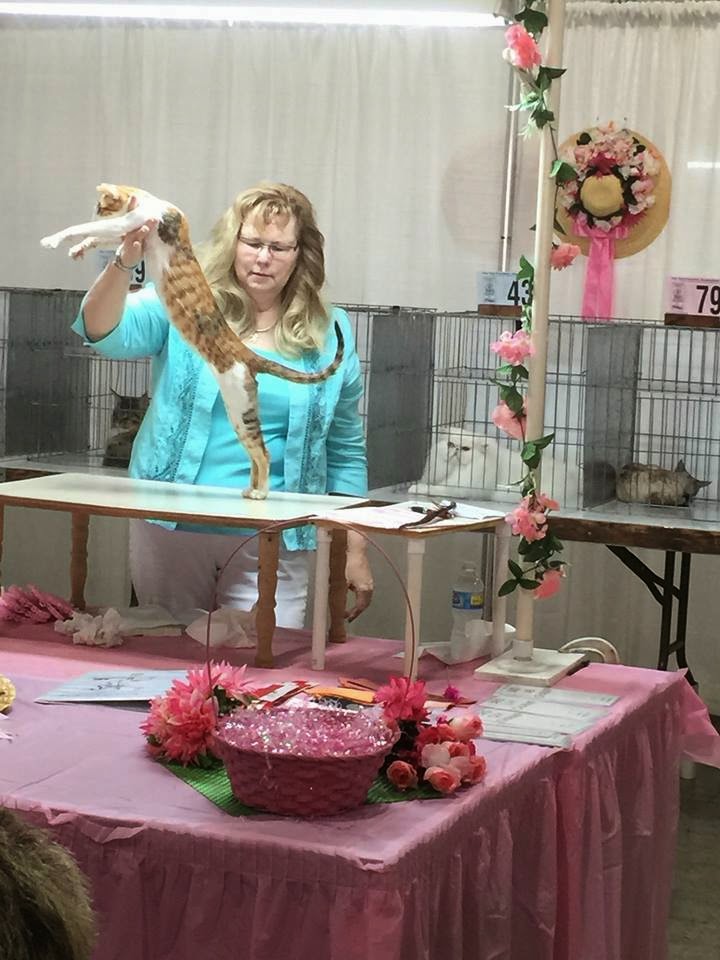 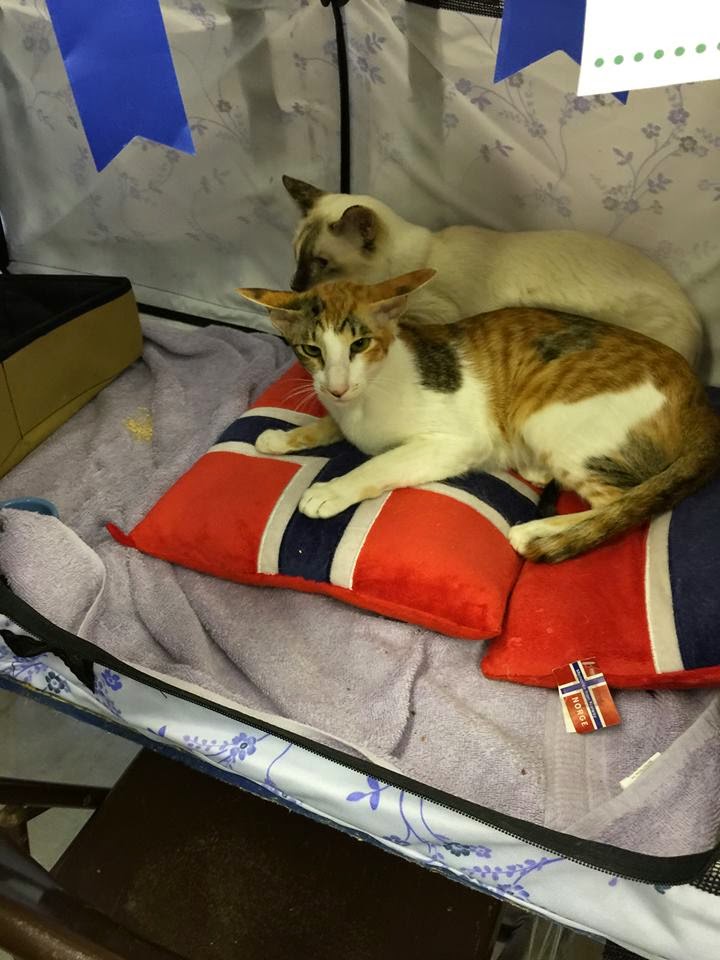 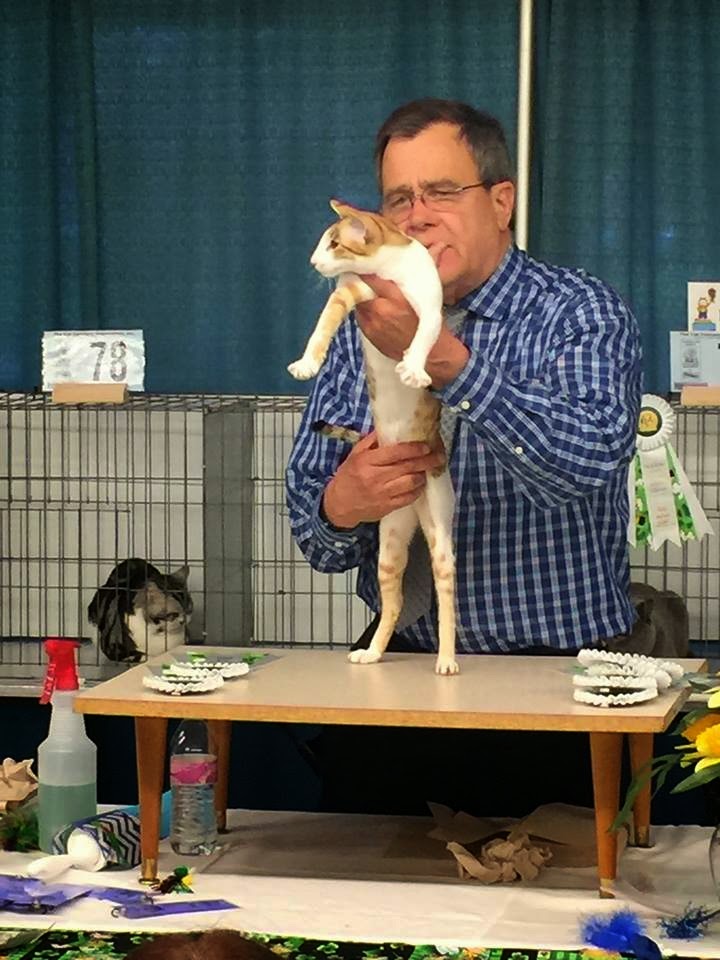 Carolynn has delivered (N) Attack's Jimmy Choo to a very good friend  and she spent some lovely days in California and also in Canada.
She got to see Coctail's last show that season as well in Seattle.
We have been talking a long time to get a pure siamese in to our breeding programme, and not just a pure siamese, we wanted one with the American elegance.
So one day maybe......

To make this story short, Carolynn went over with a cat and come home with a beautiful little SIA girl.  In CFA she is not a pure siamese, but a colourpointed, since her colour is not among the "4".
But for us she is a pure siamese cat. This girl will be used in our oriental program to improve those qualitees we want in our breeding cats. And there are lots of pure SIA breeders who don't bother to help the oriental breeders at all.
Thank goodness for those who are willing to - we are forever greatful for them.

Our new girl is from Canada. She arrived safely in Norway yesterday.
Allready tested negative from chlamydia, giardia and TF, but will stay in my beedroom a couple of weeks just to be sure.
But she is a very healthy little superduper elegant girl.
And she loves Norwegian food and loves to be a snuggle bed-bug - so we had a lovely first night together.

Who is this new girl? And what colour has she?
Well...... She is a tortie :D A sealpointed tortie. So now we got another tortie here. She talks alot ,but is a very sweet and soft girl.

Welcome to Norway ; Azorez Peony Baggins of Attacks - we are already very much in love with you.
Thank you so much Debbie and Cherylee for this girl and all the help.

Until I will make my own pictures of our little treasure - we have borrowed some pictures, because we want to show you our new elegant girl. 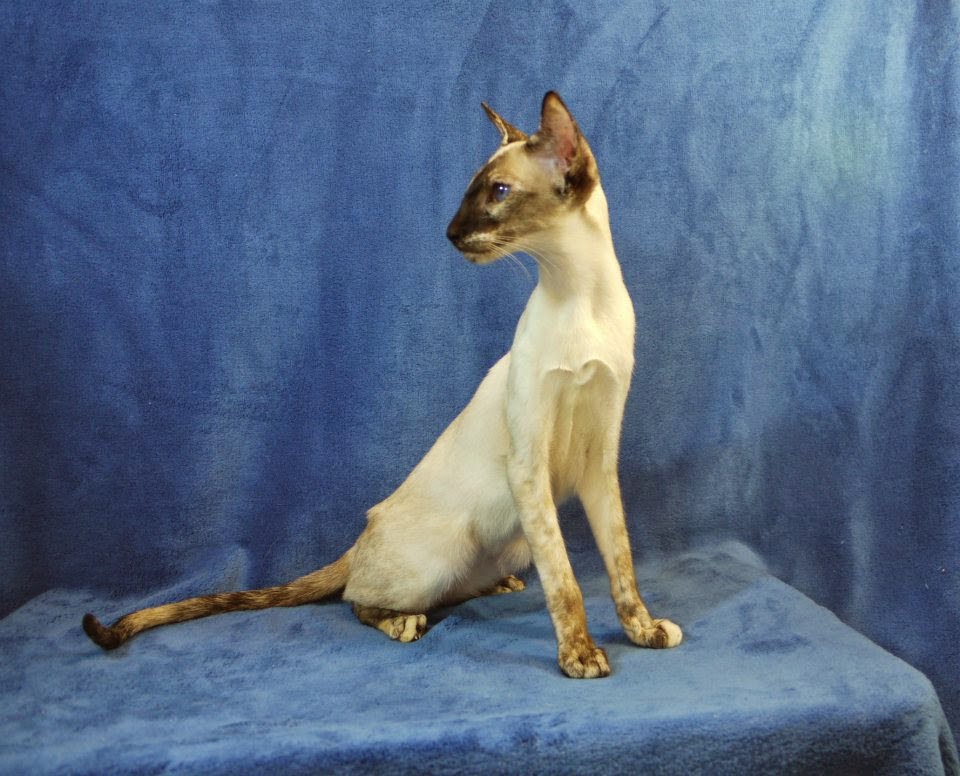 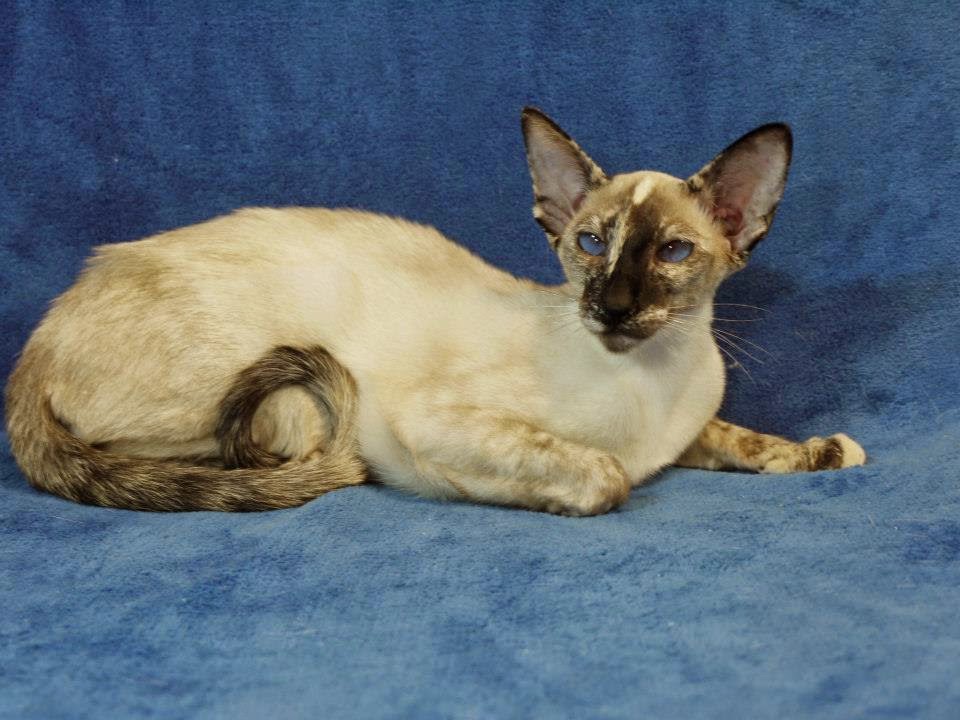 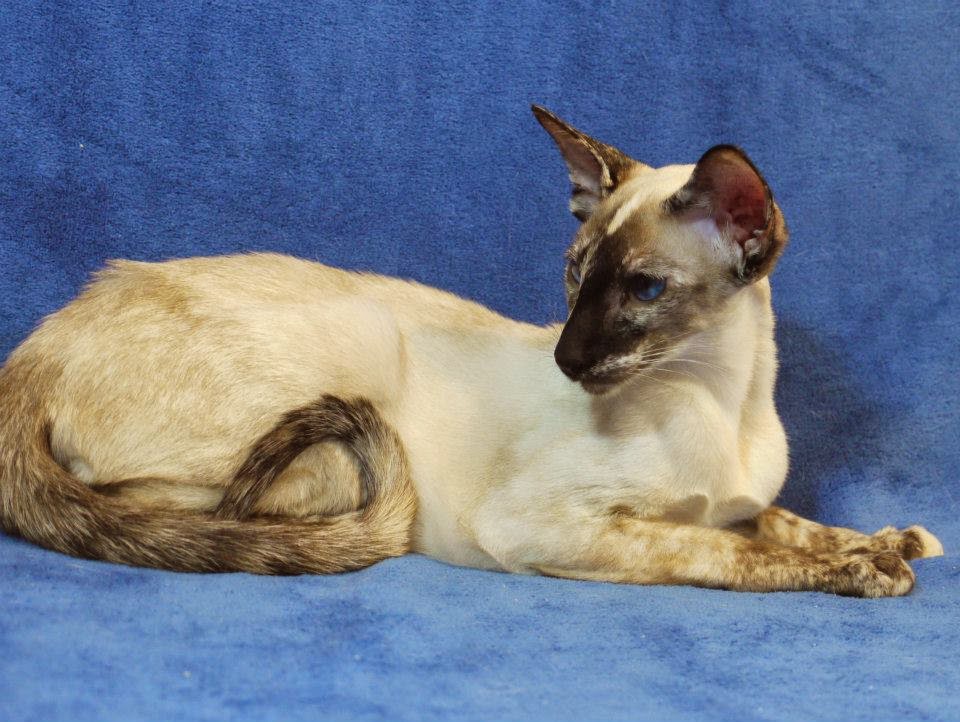 This was all this time, but actually it was alot of news.
Who knows what the next update will be about? I will soon visit the kittens in Kristiansand so the new owners will get some new pictures of them. But I have a busiy time ahead of me theese days.
Have a great weekend everyone.

No kittens for sale 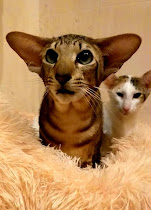 Waiting for his new home next year