Earlier in December  did (N) Attack's Cupid's Cocktail move to California.
She did sattle in really quickly. Diva who moved to California earlier this Autumn and Cocktail became good old buddies again in a very short time. Maybe they have Norwegian secret conversations? :-))
Cocktail has already been to 2 big cat shows.
One in Phoenix and one in Las Vegas.
She has not a Fife' standard of breeding type, but in CFA she is corect.
Her new mommy is breeding and showing in CFA.
Cocktail loves to go to shows and has a very sweet temper. The jugdes has so many nice words to say about her - so all of it makes us very proud.
Thank you so much,  Cherylee, for taken so good care of my babies - wishing you all the best with them:-) 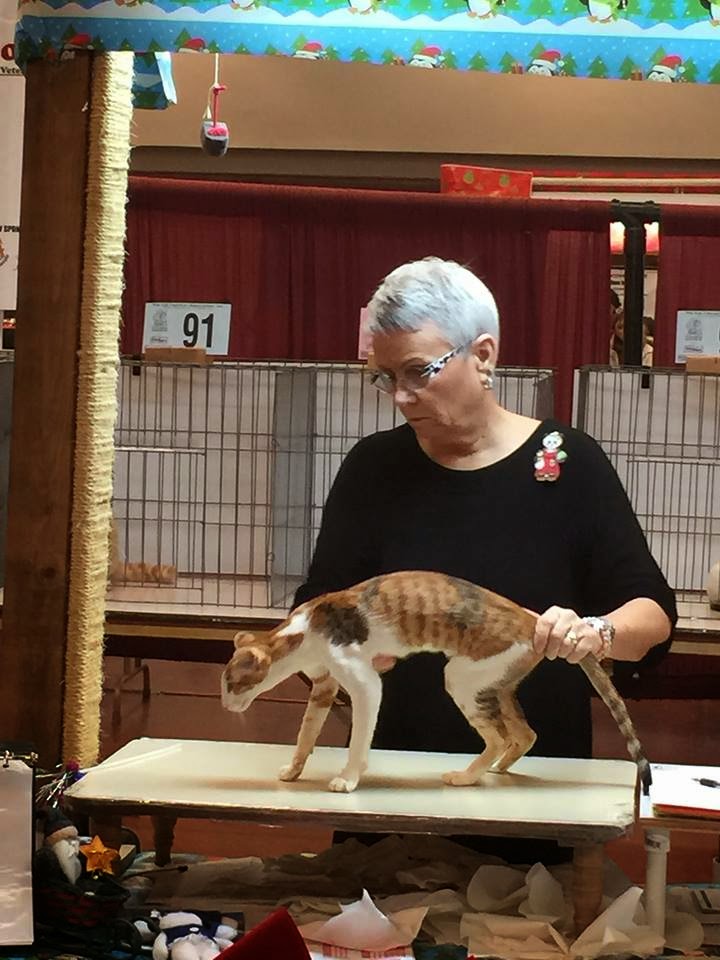 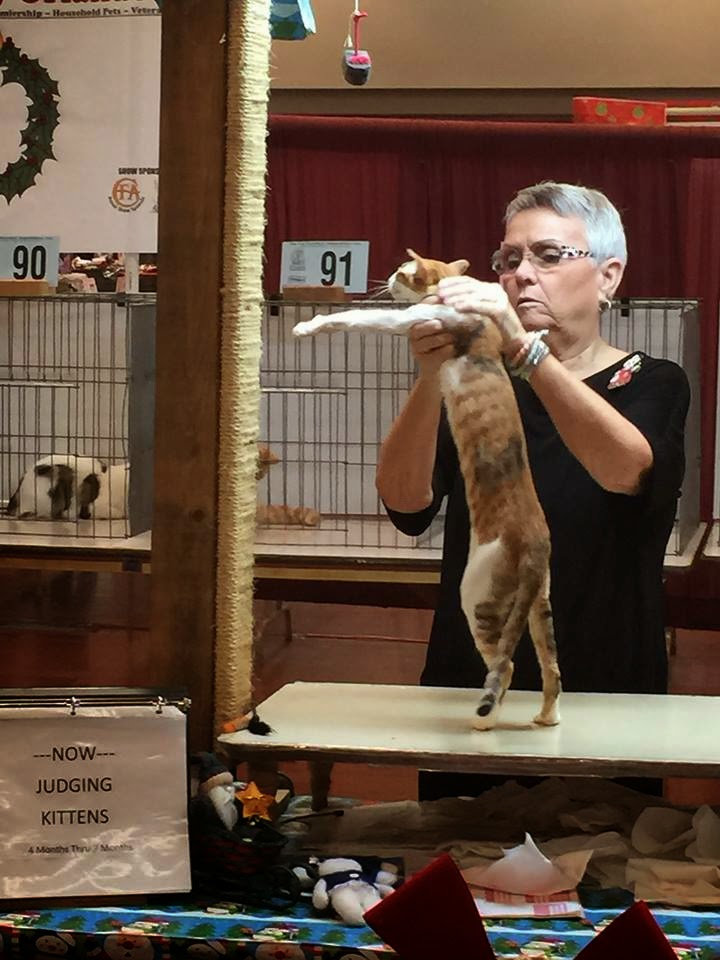 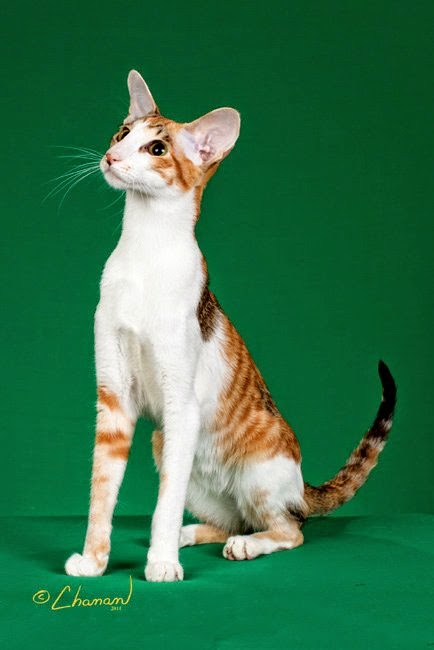 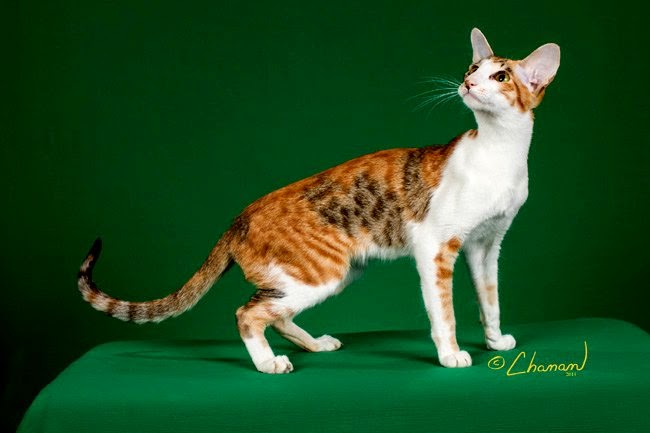 Pictures are taken by Carolynn , new mommy Cherylee and a photographer, Richard Katris - Chanan Photo . Thank you so much all. 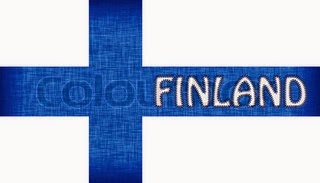 While we are writing about shows, right before Christmas 2 heartbreakers became Best in Show in Finland - father and son.
Who? No other than Hidalgo and "Gollum". ( DE*Oralee Hidalgo and (N) Attack's ICandy)
After Hidalgo moved to Hanna he is so so satisfied.
He has lots of kittens to kiss at home , and at shows there is lots of people to charm. And he got a new best mommy who loves him from the bottom of her heart.
I am sure I will write more about these two in 2015 as well. 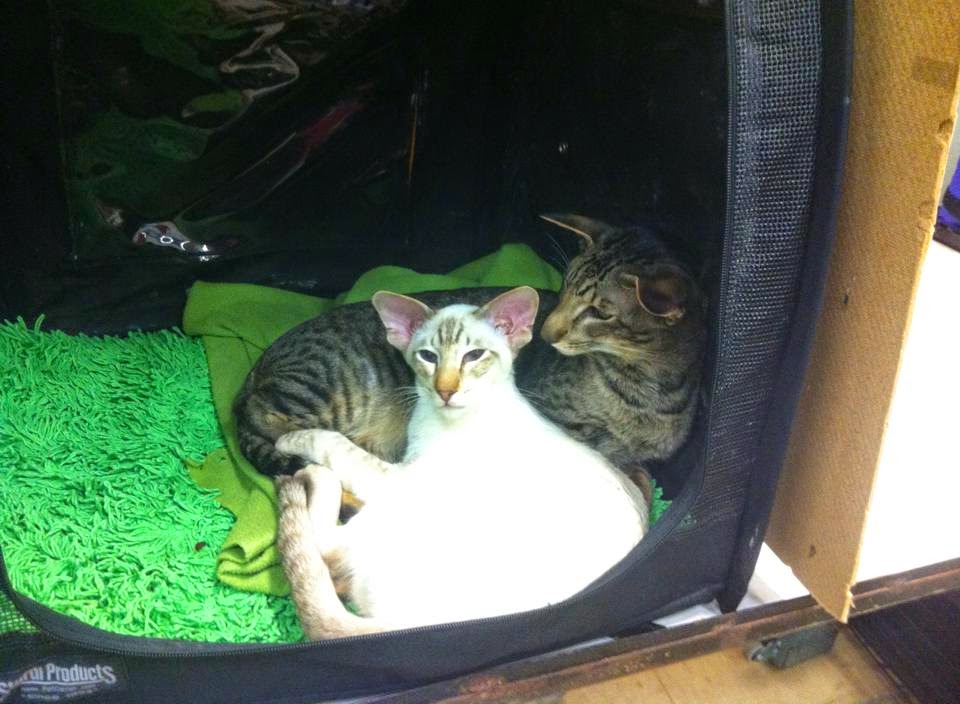 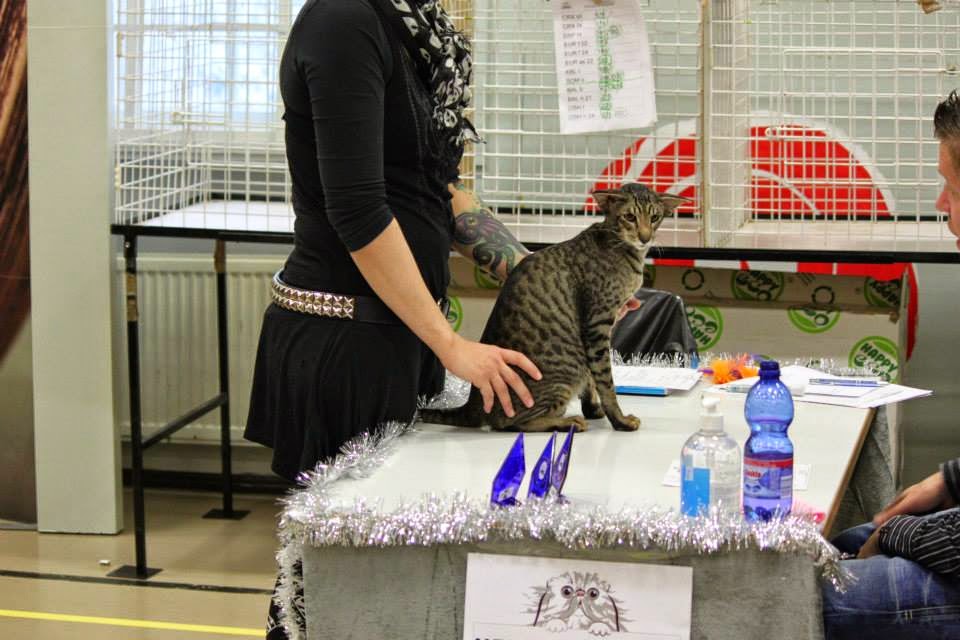 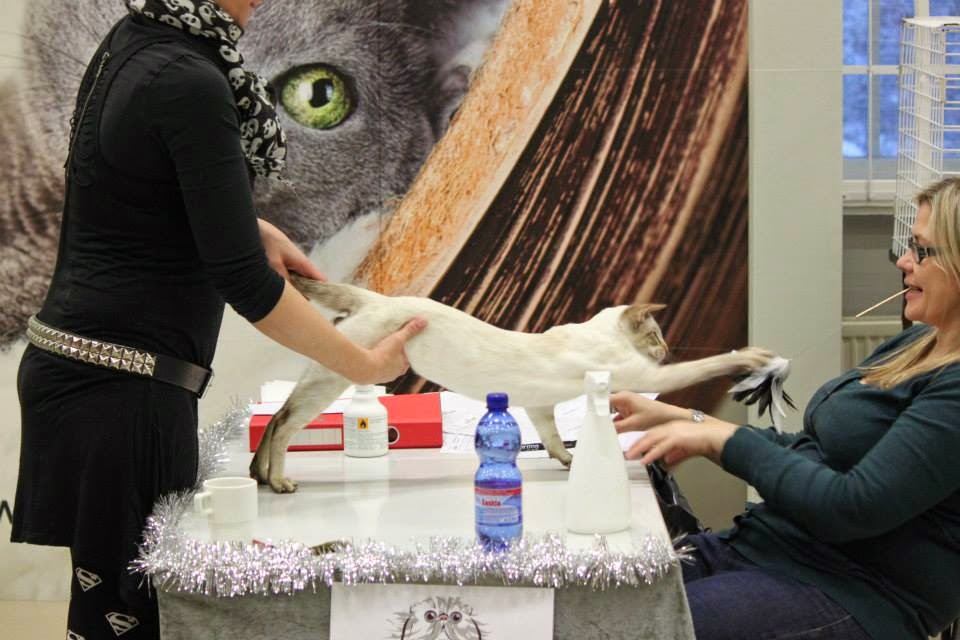 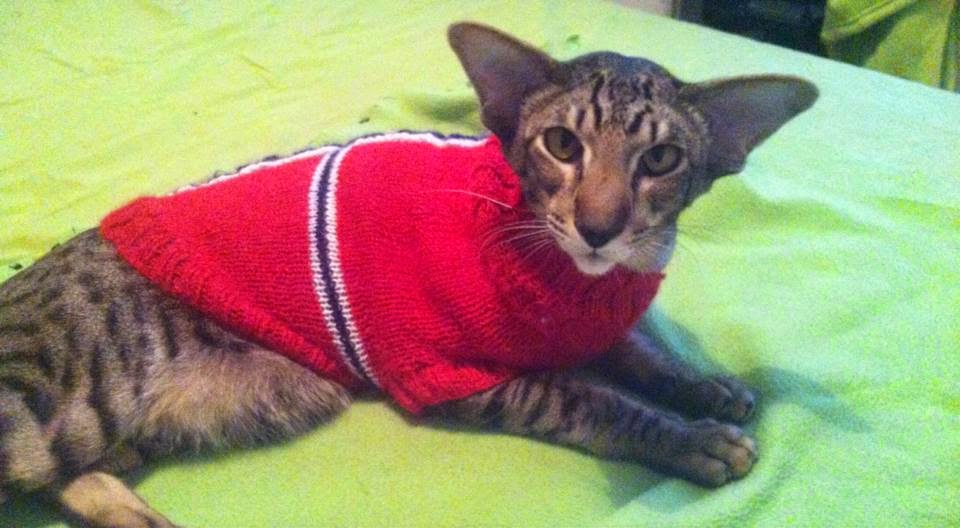 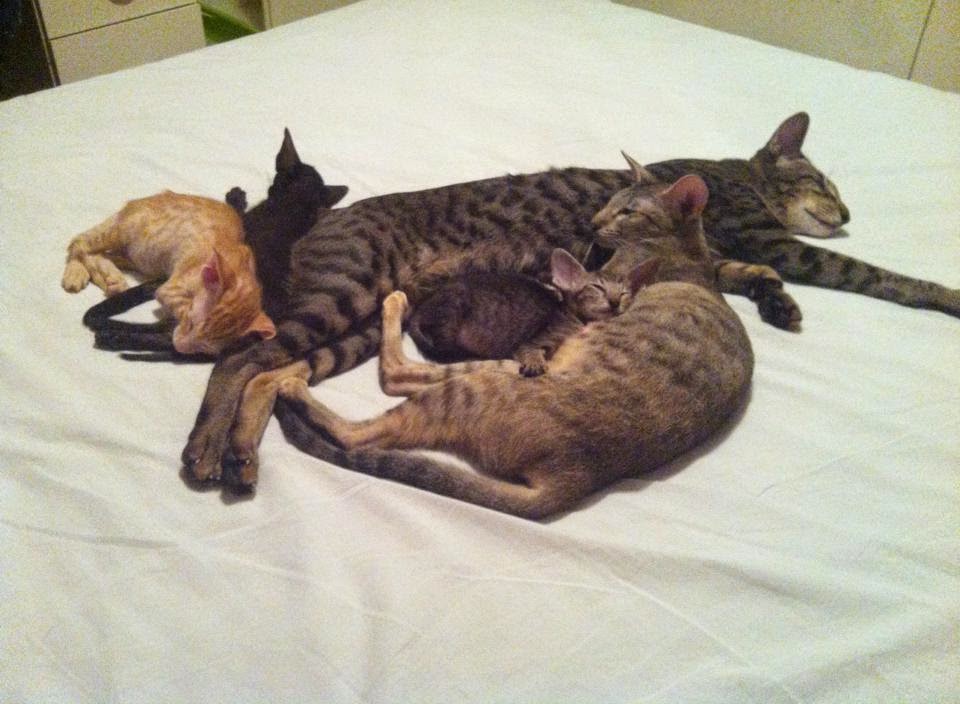 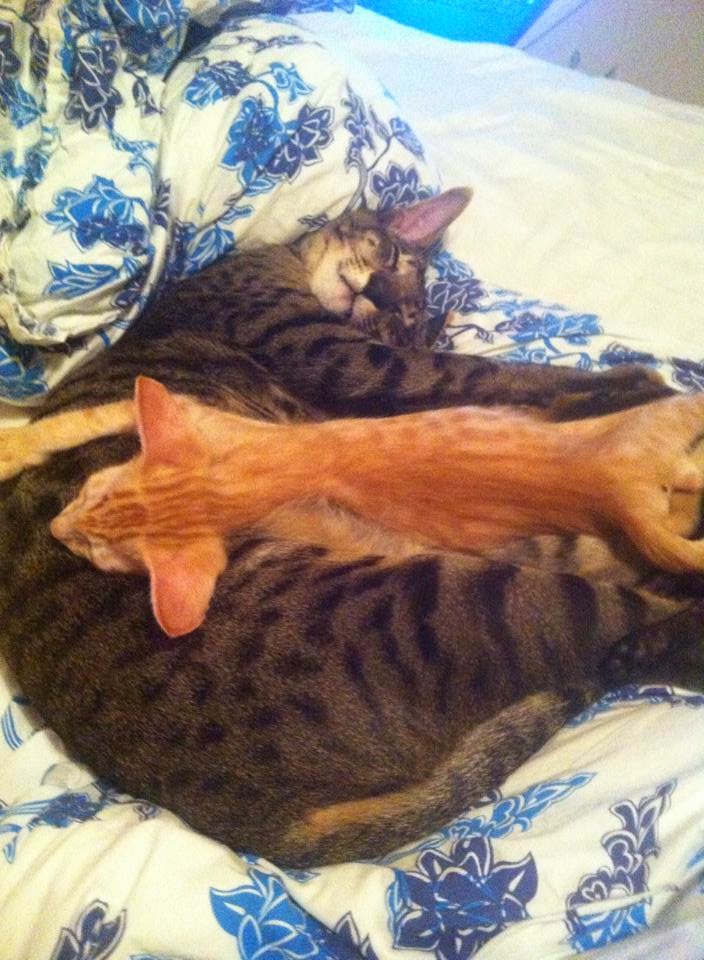 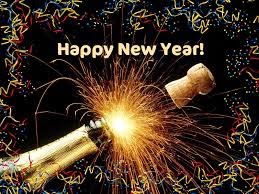