Presentation of our May kittens 2022.

Summertime means kitten time in my place and like every Summer , I will have alot of fun and be very buisy at home. 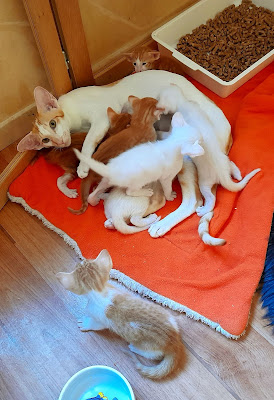 To go back a bit, to the later Winter.  We have been dreaming to ad a second breed in to our Cattery for many years, me and Carolynn. This Winter it happenend. A breed called Lykoi , 3 beautiful cats moved to Norway. 1 boy and 2 girls. The boy is Co owned with another Cattery in Sweden, and they also own the second girl.  We thought they could sattle down first, and get to know their new feline friends in their new homes. The Vet gave the girls a melatoninchip after they were tested and stayed in quarentene until all test results came back. Some weeks after Carolynn got suspicious, and yep. The melatonin chip had not been working. Our lykoi girl, Raven was pregnant. So there you go , cats who make their own plans lol :D  It's our very first oops litter, but they are very welcomed anyway. Raven was rushed home to me, and all I could do was wait.

The first litter was born May 26th. Pebbles is Lilys daughter and I had a feeling she would be a great mother just like her. And I was right. Born on day 65 - all by the book.

Pebbles who is from Lilys huge litter of 10 were 9 grey up - she gave bith to 9 herself. Sadly was 1 stillborn, and 1 very little one passed on day 2. But the other 7 is growing and thriving.

Then it was time to wait for Geishas litter. Our lykoi Raven did not anyone know when she was due.

On Sunday morning the 29th Raven had given birth to 3 babies. 2 boys and 1 girl. And what an amazing mother. Just like we are used too. She was so happy and proud and relaxed. I was tired after a long night. So I went in bed with Geisha , sleeping with 1 eye open.

Around 12 hours after Raven had given birth, it was time for Geisha. In a short time, she gave birth to her 6 OSH babies. So suddenly I had 2 litters born the same day.  Geisha was so happy and proud after. Eat her raw like a champ and followed me with argus eyes when I changed her bedding. Everything was normal.

Sadly 2 days after I noticed Geisha was acting weird. She is normally very protectiv to her newborns,super appetite a real lionmom. She was so tired and wanted to care, but could'nt. She throw up her food and got wobbly on her backfeet. She became very passiv and shaking cold.  Could it maybe be a utertus infection after birth? The sympthomes didn't fit.  I gave Raven 3 of the OSH babies, praying she would adopt them. She did, 2 second laters , sooo happy to have suddenly 6 babies to take care of.  I was watching Geisha carefully when it suddenly hit me , eclampsia!! Or Milkfeever in another word. She got so many of the sympthomes.  I gave Raven the last 3 OSH babies and stayed awake with Geisha all night. It's important for the babies to not drink milk from a mother with eclampsia - they need to be bottle fed if there is no other milkbar to offer.

To make and end of this story , Raven endet up as a happy mother of 9. Takes so good care of them all. Enough milk to all. 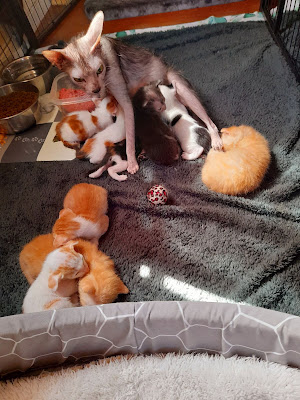 Geisha used almost 2 weeks to come back to health, but she is all back to my big,couddly and sweet girl. She needet calsium injection, she got super dehydrated too. And on top of that, she got an infection, when he calsium level was under control it changed to over 40.4 in fever. But our fantastic Vet helped her with everything. So happy ending, for everyone, thank goodness.

Well, it's time for the presentation. 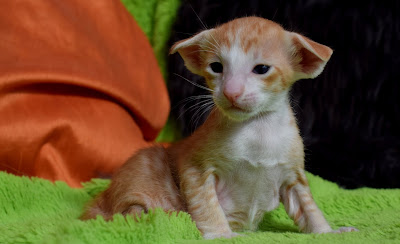 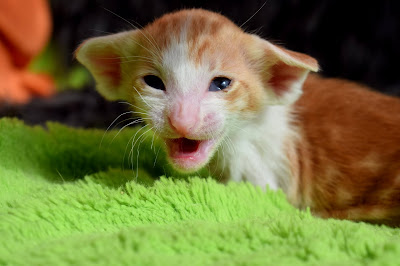 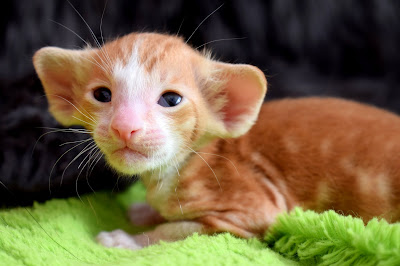 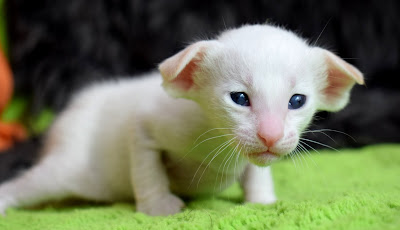 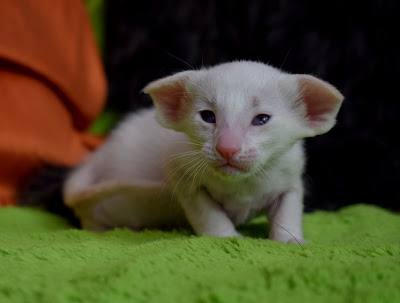 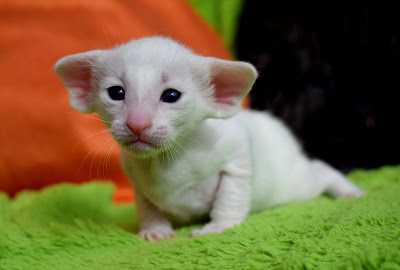 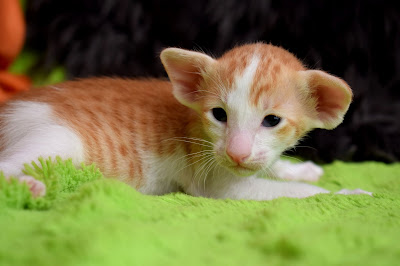 Ravens 3 Lykois, 3 w old . This breed loose their fur, until a new grow back later. So the next weeks they will change alot.: 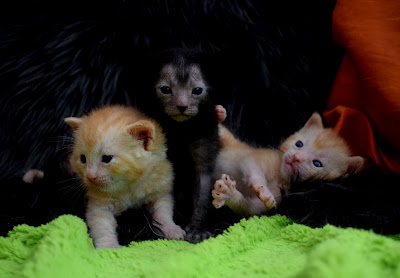 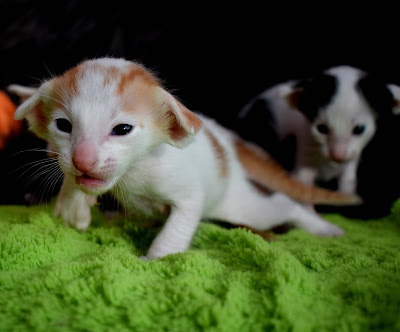 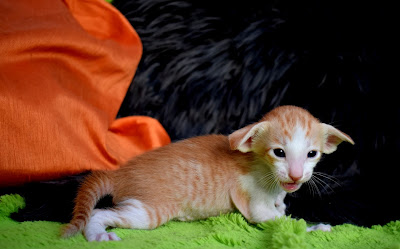 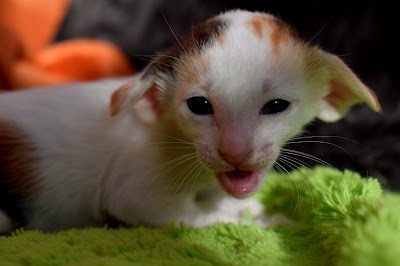 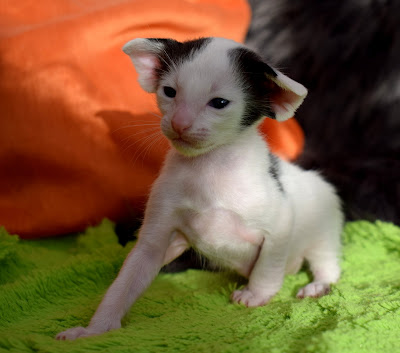 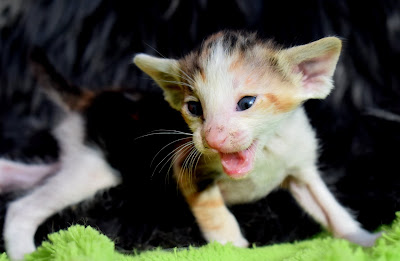 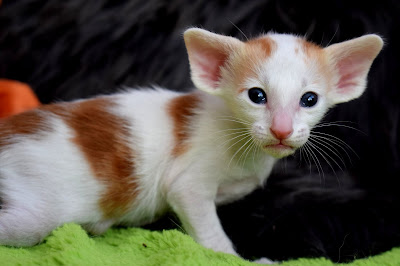 Noone of the kittens are availible right now. We want to follow their type,health and temper , so we can decide who the next generation will be for us and also see if it is the right kittens to people who has asked us in the past. We want to fit the right kitten to the right home. We know this later - probably more like in end of July. And with so many boys , we do prefer pet or showhomes!

Our cattery is located in Eiken and sometimes in Kristiansand, in South of Norway.
Hope you enjoy beeing on our blog.
Feel free to write us at :
attacks.cattery@hotmail.no
and
adwen@frisurf.no
Veena Tveiten & Carolynn Knott 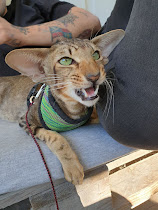 Have moved to Australia